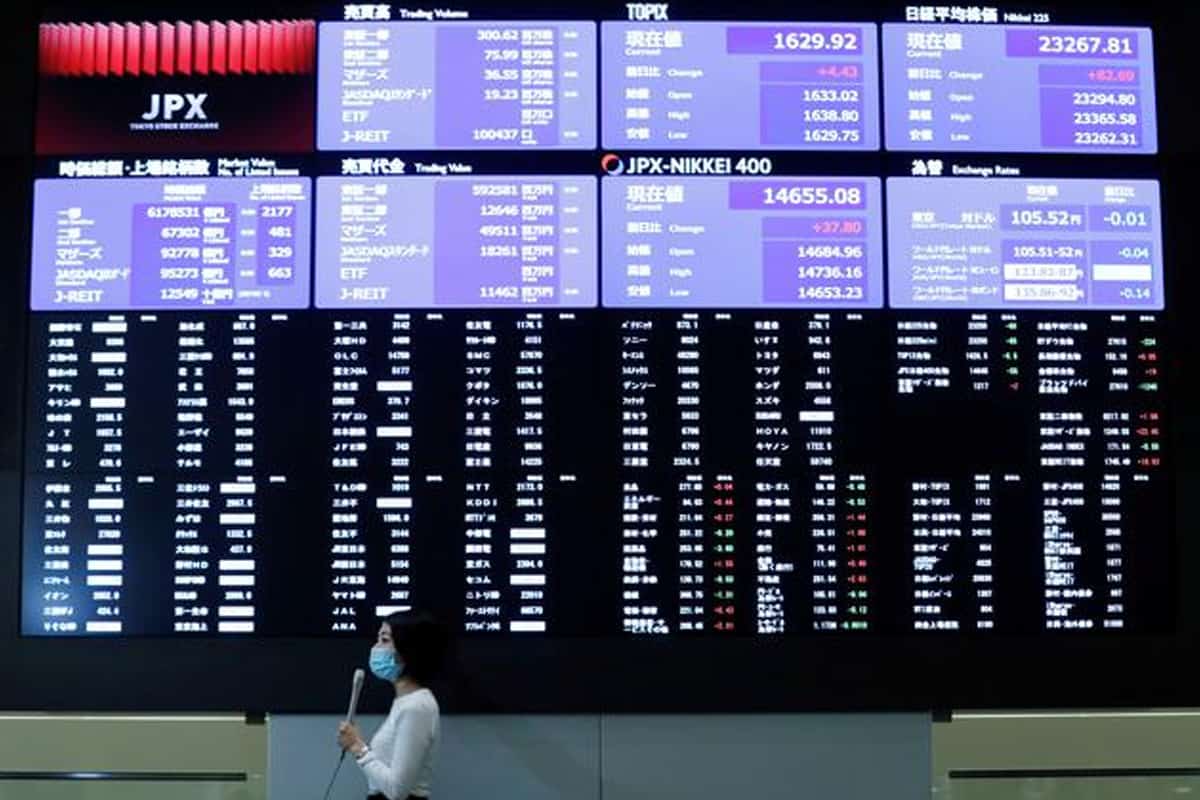 SYDNEY/NEW YORK (Oct 20): Asian stocks slipped on Tuesday as investors adjusted risk exposure heading into the US election and ahead of a deadline for Washington to pass an economic stimulus bill, while Europe reported record daily coronavirus infections.

MSCI’s broadest index of Asia-Pacific shares outside Japan was 0.18% lower after US stocks fell over 1% in the previous session, while Australian and Japanese markets dipped.

With little economic news in the region, the US election and the economic impact of a rise in coronavirus cases in the United States and Europe was driving sentiment in Asian markets, investors said.

MSCI’s gauge of stocks across the globe was 0.11% lower.

Chris Weston, the head of research at Melbourne brokerage Pepperstone, said while there were worries about the US stimulus package, recent declines were likely due to positioning ahead of the Nov 3 presidential election.

“Do you really want to hold those exposures into what could be a volatility event?” Weston said. “We’re getting into the Wild West territory where it becomes more whippy.”

Caution among investors globally was also driven by rising concerns about the risk of a disputed US election outcome.

“Such an event would very likely upset global markets considerably until the US reaches an accepted resolution,” said American Century co-CIO Keith Creveling.

Philippine stocks bucked the trend, rising 1.7% to their highest level in over two months after the country eased some restrictions, including shortening curfew hours in Manila.

They were also waiting to see if the final debate between US President Donald Trump and his Democratic challenger Joe Biden on Thursday shifts the trajectory of the election.

The number of new Covid-19 cases in the US last week rose 13% to more than 393,000, approaching levels last seen during a summer peak, according to a Reuters analysis.

The Dow Jones Industrial Average, the S&P 500 and the Nasdaq Composite each fell over 1% on Monday, and European stocks also closed lower as surging Covid-19 cases raised investor concerns. Parts of the UK were put into lockdown and France imposed curfews.

“Earnings season should drive the market in coming days,” Talaria Capital CIO Chad Padowitz said. “There’s a bit of caution on economic-sensitive stocks, but there’s also exuberance on companies that might be somewhat immune [to the health crisis] and are able to grow.”

In contrast to equity markets, currency markets were less pessimistic about the prospect of a stimulus breakthrough with the safe-haven dollar edging slightly lower amid expectations that US lawmakers might still agree on a fiscal stimulus package at the 11th hour.

“In the context of strengthened market expectations of a blue wave in the US elections, overall sentiment is unlikely to be materially impacted by the timing of this stimulus but it is causing short-term jitters nonetheless,” Citigroup said.

“In the near term, bullish fast money positioning seems to have risen rapidly and may be susceptible to unwind ahead of the US election.”

The Australian dollar fell 0.4% versus the greenback at US$0.7043, hurt by expectations that the central bank would soon cut rates and expand its massive bond buying campaign to lower borrowing costs.