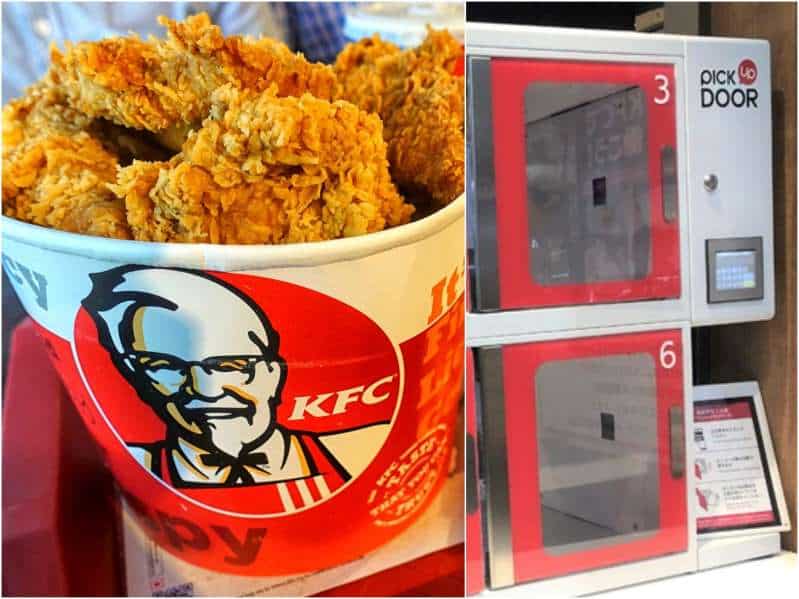 KFC is rolling out contactless pick-up lockers to some of its restaurants in Japan.

After customers order and pay for their fast food via their phones, staff cook the order and put it into one of the lockers.

Customers then enter their order code on a small pin pad to open the locker doors and collect their food, as shown in the video below.

The lockers can be used for both food and drink, suggesting they are not heated.

Customers can order food in advance and select a collection time, which reduces the number of customers waiting in restaurants.

Food delivery drivers can also use the lockers to collect orders.

Depending on the time of day, staff may also hand customers orders over the counter, KFC added in its press release.

KFC began trialling the lockers on Tuesday at four restaurants in Japan, including two in Tokyo. The fast food giant said it plans to roll out the lockers on a larger scale in Japan in the future.

KFC uses similar lockers at an outlet in Moscow that it has dubbed a “restaurant of the future.”

The automated store, which has minimum human contact, uses conveyor belts and robots to put food orders in lockers at the front of the store. Customers retrieve their food using a code, and can pay either by card or using a biometric facial recognition system.

KFC’s Singapore sites also added lower-tech contactless collection in March where customers order on their app and collect their food from a designated table.